This Saturday is Acocks Green Carnival, lots of stalls, local organisations and shows. Come along and meet the Acocks Green Village in Bloom Team and Acocks Green Neighbourhood Forum,  sharing a stall and selling lots of interesting, bargain plants. 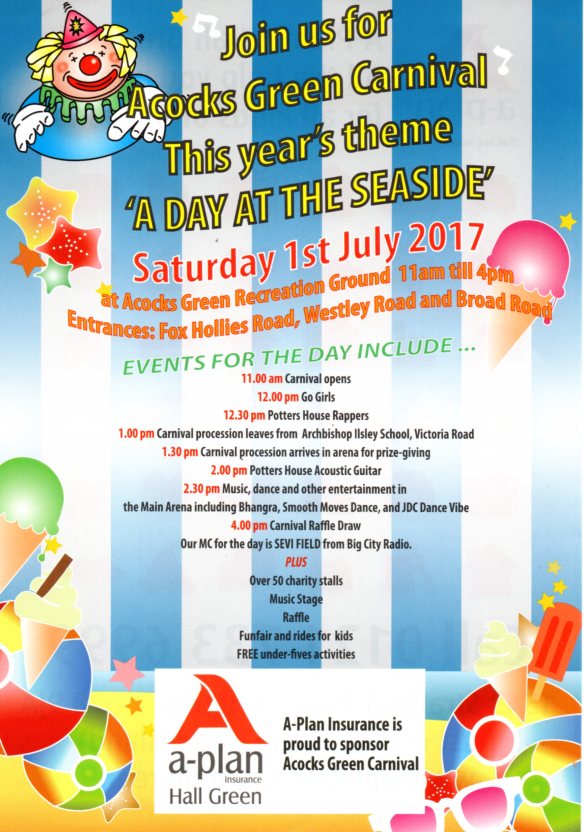 This week, and at the end of the month, there is a chance to hear professional musicians playing a variety of classical music on your doorstep.

This Wednesday (14th June), you can enjoy the relaxed and beautiful setting of St Mary’s Church with the regular Swansong concert series as they present the Mondelli Wind Quintet. The Conservatoire-trained musicians will be playing a variety of music from Janáček to Mozart. The performance starts at 7.30pm with an interval for refreshments. Donations are requested at the end.

Also on Wednesday 28th June there is more music to delight locals. Organised by the Friends of Acocks Green Recreation Ground and Kimichi School. All details below:

Come along and make the most of these cultured evenings in Acocks Green, bring your friends and neighbours.  It makes a change from a night in front of the TV!

The Forum was delighted to hear that Acocks Green has received the honour of it’s first very own blue plaque recently.

Some of our older readers will remember John Curry OBE (1949 – 1994), the local young man who, in 1976, made figure skating history. Millions of people watched in awe of his performance at the Winter Olympics where he won two gold medals for team GB. He very soon became a sporting hero and won BBC Sports Personality of the Year. 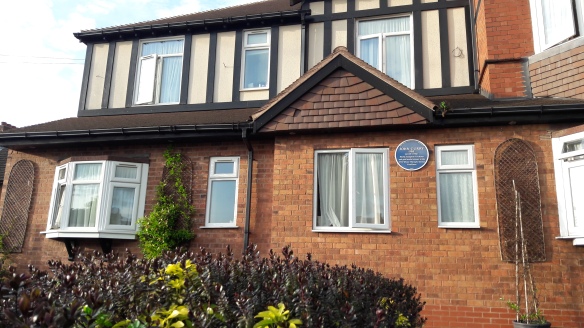 But as time has gone on John Curry has slowly slipped out of the public consciousness and his untimely death in 1994 left a generation completely unaware of his achievements.

Actor and writer Tony Timberlake who had been a young boy when he first saw John Curry skate, embarked on personal journey to highlight the great success of the…

The Art and Craft of Blogging

The Adventures Of Two Amateurs On The Allotment

Have a look at www.chamberlainforum.org

Neighbourhood strategy for the city of Birmingham, England

Working together for the good of our city

Keeping the past in the present

News and views of Birmingham B26

growing and eating it

The "unofficial" blog of Eastside

Highlighting under the radar arts and culture in Birmingham, UK

Working for Acocks Green: A Conservation and Re-Design Group